The Serpent River First Nation, a signatory to the Robinson Huron Treaty of 1850, is an Anishinaabe First Nation in the Canadian province of Ontario, located midway between Sault Ste. Marie and Sudbury along the North Channel of Lake Huron.

The First Nation’s traditional territory extends from this waters of the North Channel of Lake Huron, Serpent River Basin; north beyond the city of Elliot Lake.[1]

The Serpent River nation has a traditional land base of 5250 square kilometers. 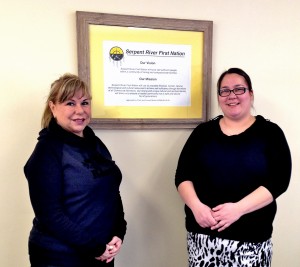 Cheryl and I had a great couple of days together